Lots of songs use only the basic chords (major and minor),but there are also
many songs that use 7th chords. 7th chords are made up of 4 different notes
unlike regular major and minor chords that contain only 3 different notes.
That’s why they sound a little bit more interesting and complex. You will hear
these chords used frequently in jazz, r&b and blues but they may show up
occasionally in some rock songs.

Below are 3 common forms of Major 7, Minor 7 and Dominant 7 chord forms.
All of these forms can be put into any key by lining up the root (the lowest note in the chord)
to the note you want. To make this easy I’ve included a chart of the guitar neck. 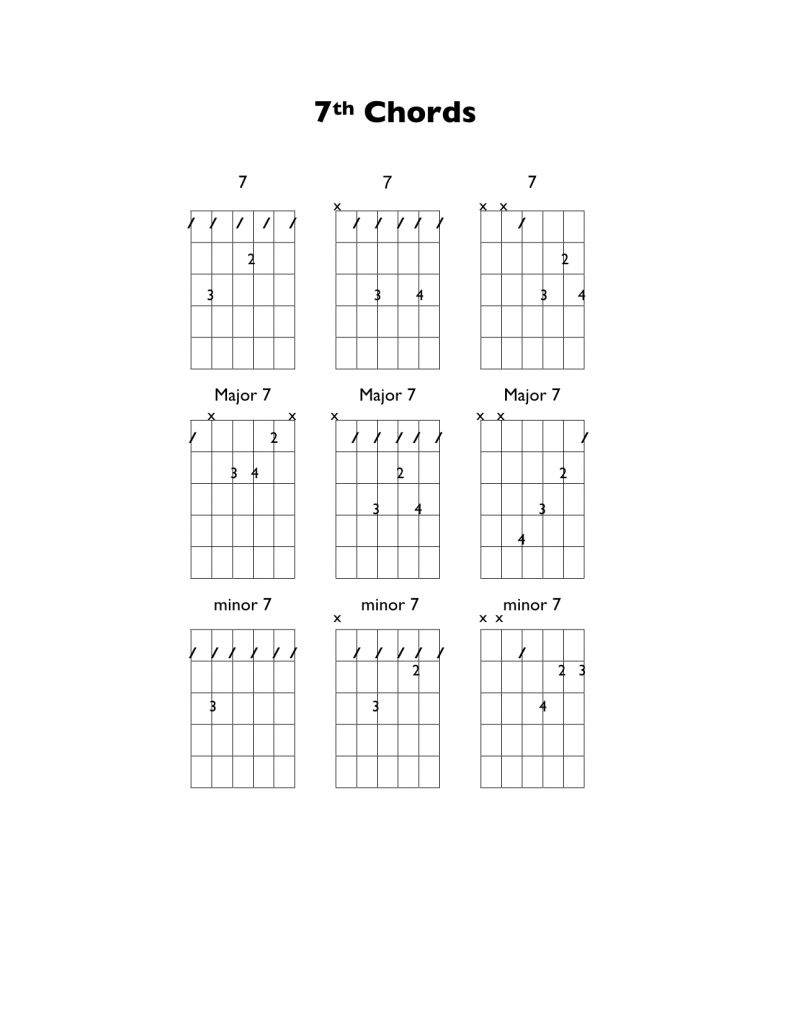 AB Music Studios was founded in 1981 by guitarist Bob Hahn. In the past 35 years, we have taught thousands of students from total beginners to advanced pros. We pride ourselves on keeping our doors open by teaching quality music lessons in a fun and relaxed atmosphere.